A Story To Tell

THE YIN YANG THEORY is followed in acupuncture. It clearly states that a generous balance between extremes of the life force is maintained - which is called “qi” (pronounced “chi”), where the blood flow is called “Xue”. Now when this balance is disrupted, it regulates the birth of new diseases, symptoms, blockage and pain. That’s when through acupuncture, a smooth flow and balance of “Xue” and “qi” is maintained.

All About The Founder 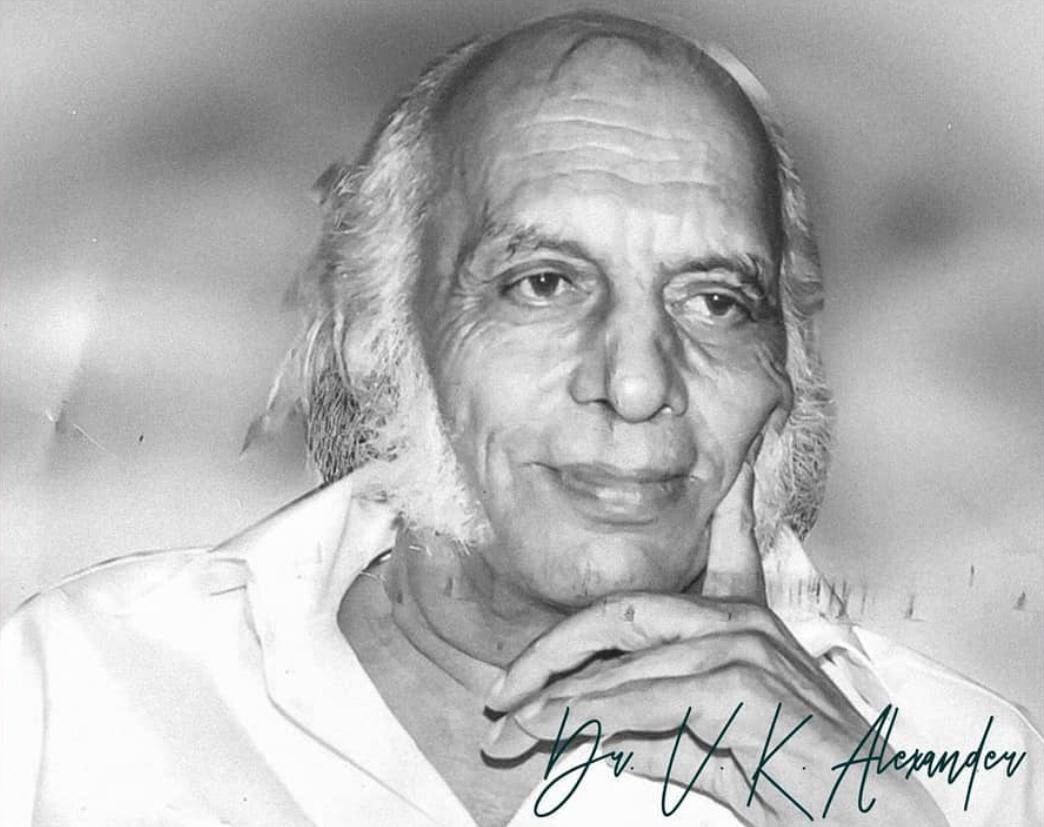 Looking back to the beginning, there has been a breathtaking and beautiful journey. My grandfather Mr. Vincent Panikkar who practiced Homeopathy from Portuguese settlers was a well-known and accomplished Homeopathic doctor in Coimbatore, and he was lovingly called a German Doctor. He was the first person to bring in medicines that were imported from Germany and other places abroad to Coimbatore.

My father continued the ancestral practice. Dr V.K. Alexander, was an Ayurvedic Doctor & Acupuncturist. He studied from Tibetans and then from Hong Kong and introduced Acupuncture in India. He then researched vigorously and studied from scratch on Indian Herbs. This helped in simplifying the traditional Ayurvedic medicines. He continued to formulate around 54 medicinal formulae and treated his patients through those medicines, wherein his medicines were to be consumed in drops and which will be absorbed directly by the glands present in the buccal cavity. This provides immediate relief to various ailments turned out to be tremendous success.

Then he proceeded in developing a Hypnos-Rhythmic Therapy that combines hypnotism and music to treat patient. it was also welcomed widely with people undergoing stress & high blood pressure. More research and work are being done in launching that as well in near future

The love towards Ayurveda was natural as this later helped me establish a company supporting the age-old practice. I pursued my education at the local government school from Coimbatore. I graduated with a BSC in zoology and a degree after that. I was an acupuncture practitioner at 25. This led me to work on treating patients with paralytic problems, sinusitis, chronic headaches, arthritis, infertility, gouts, cervical spondylosis, facial paralysis and other kinds of pain as well. With the blessings of my father, I kick-started my researching and manufacturing units.

This process was not a bed of roses. I had my minor setbacks, frequent reassurance, self-doubt but thankfully, made it through. After all the formalities of obtaining the license and necessary certifications, we’re one proud family with 300 outlets in Coimbatore and extended our support to our neighbours like Udumalpet, Erode, Salem, Nilgiris, Pollachi and Palani. This will not stop here and we want to love and can never get enough of it. Fugal Pharma would hopefully extend beyond India, - as it has a proud recognition that would make our country proud one day. That’s when Ayurveda would rise and reach great heights, only to never fall back.

You have successfully subscribed!

Please login and you will add product to your wishlist